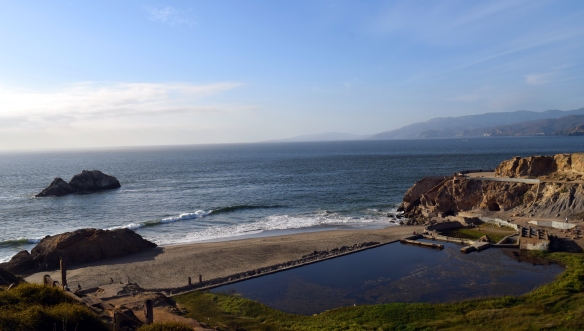 Originally built in 1896, the Sutro Baths were a large swimming pool complex. It was open until 1966, when it was shut down due to limited finances, and a fire destroyed much of the structure while it was being demolished. The ruins are now part of the surrounding National Park. It’s a neat landmark near the western terminus of San Francisco, just downslope from the historic Cliff House. Larger version is viewable here.