Hey, folks. Today’s Daily Prompt is about playtime. I’m going to assume that this refers to when I’m at home, and not traveling abroad. This one’s actually kind of tricky for me because I tend to combine play and work. I’ve mentioned before that I’m a prolific amateur game reviewer. Video games have been a part of my life from the start; I learned how to play Yars’ Revenge and Kaboom! before I could run. I didn’t have many games growing up, but I started building a collection once I entered college. Between all the on-disc anthologies, ports, and stuff I’ve acquired from publishers or acquaintances, my library includes somewhere around 800 titles. Over the years my tastes have refined; I look at everything I play with a critical eye, and it’s certainly not limited to just 7-9/10. The company or gaming platform is irrelevant. The only thing that matters is if it works, and how well. I also don’t play into the politics that a lot of mainstream review sites have succumbed. Getting free swag and advertising is nice, but that has no impact on the game itself. A good product should be able to stand on its own.

Also, I always actually play the game I’m reviewing. Some reviewers play only a few hours before making their decision, which means that any important storyline twists or gameplay developments (I’m looking at you, Mass Effect 3 and God Hand!) are overlooked. A lot of reviewers are pressured into covering games as quickly as possible; I recall one holiday season in which five AAA titles (each of which was at least 20 hours long) showed up on my doorstep in a week. How is a person supposed to deal with that kind of workload in a timely manner without sacrificing quality? What’s worse, some game studios use such biased review scores as way to determine the bonuses – and livelihoods – of its designers. Review scores are not objective, so basing an entire studio on them is impractical, if not dangerous.

No wonder the game journalism world is such a mess.

Wow, rereading that was pretty depressing. For a second there, I wondered why I even bother reviewing. It’s because I don’t have to deal with the same kind of pressure as the mainstream guys. I’m not getting advertising, the swag is relatively limited, I can cover more obscure stuff, and I’m not constrained by time. That way I can approach the game at a better pace, figure things out, and come up with something that isn’t a rushed, overgeneralized excuse of a review. I don’t think it’s possible to fully quantify an experience with just a numerical score. Instead of focusing on the #/10, I focus on purely persuasive writing. That’s what reviews are, after all. If I can argue my perspective well, then a number tacked on at the end isn’t needed. I’ve conveyed my idea, and it’s up to the reader to use his/her own reasoning to agree or not. I’d like to think people have enough rational thought not to be swayed by just a number, even I am disappointed constantly.

Enough about reviews. I can go into that later. When I’m not reviewing a game, there are a few old standbys that I always fall back upon. I love puzzles, so the Professor Layton series is always a pleasant distraction. I’m practically obsessed with any game that uses nonograms as well. I fell in love with Persona 4 partly due to its adherence (and accuracy) to Jungian psychology. I start up a new game of Symphony of the Night just so I can explore the castle – which is still one of the greatest works of art in gaming history – and try to find some little detail I missed the last time. Chances are, I will. Not to mention its amazing soundtrack, which I will be posting here all too soon. While Metal Gear Solid 3 is a superior game from nearly every standpoint, I have a soft spot for MGS2 and its use of postmodernism. You could teach a course on postmodernism with that game. However, the top spot on my most-replayed list is Street Fighter III: Third Strike. I’ve been playing it frequently since its online release in 2011, so much so that I’m currently the 8th ranked Chun-Li on PSN. Seriously, look me up.

Gaming aside, I usually read and/or study. I spent this summer reading through Haruki Murakami’s bibliography. I’ve been making a lot of headway with the works of Umberto Eco, David Foster Wallace, Alice Munro, Roberto Bolaño, H.P. Lovecraft, Cormac McCarthy, and Gabriel García Márquez. I also acquired all three volumes of The Graphic Canon, which is absolutely stunning in its range and style. I’m also a fan of the annual Best American Series, particularly its short story volumes. There are far, far more examples I could post, but I’d be typing this entry all night. I’ll post a full list of my list here soon (pretty sure it’s around 600 physical books by now), but I’m open to any suggestions. That goes both ways, too; given my obsession with books and criticism, my foray into literary reviews is inevitable.

When I’m not reading, I’m typically watching movies or anime. I’ll say this right off: if you want to get someone interested in anime, have them watch Cowboy Bebop. This was my generation’s introduction to the genre, and what an introduction it was. Interstellar bounty hunters, film noir, crime drama, science fiction, mystery, action, comedy, clever writing, superb voice acting…this has it all. Even if you don’t watch it, listen to the soundtrack by the legendary Yoko Kanno. Trust me. If you like something a bit more subtle in its surreality, check out Haruhi Suzumiya. A brash and self-centered high school girl wishes her life was full of adventure. What she doesn’t know is that she can warp reality, and that her friends are aliens, time travelers, and espers. What happens when someone has the power to rewrite the universe and doesn’t know it? Things get…interesting. Same goes for Death Note, which focuses on a villainous protagonist that gains the power to kill anyone with a few pen strokes, and the famous (but eccentric) detective determined to catch him. I’ve also made a point of finding Hayao Miyazaki’s films, and I’ve yet to be disappointed. On the 3D side of films, I’ve got a huge soft spot for The Shining, so much so that I can quote pretty much any scene verbatim. Same goes with Jurassic Park, The Silence of the Lambs, Apollo 13, The Thing, and 2001: A Space Odyssey.

When I’m not doing all that…well, I’m trying to learn how to draw using an digital tablet. It’s really hard, because I’m much more used to brushes and paints.  I wish I was good enough of an artist to make my own web comic, like El Goonish Shive. Or even a graphic novel adaptation, like Don Quixote. I don’t have the screen presence to become the next Nostalgia Critic, but I can snark Rifftrax-style with the best of them. Nor do I have the voice (and amount of friends) needed to copy Two Best Friends Play. Oh, and you may have noticed I have a thing for LEGOs… 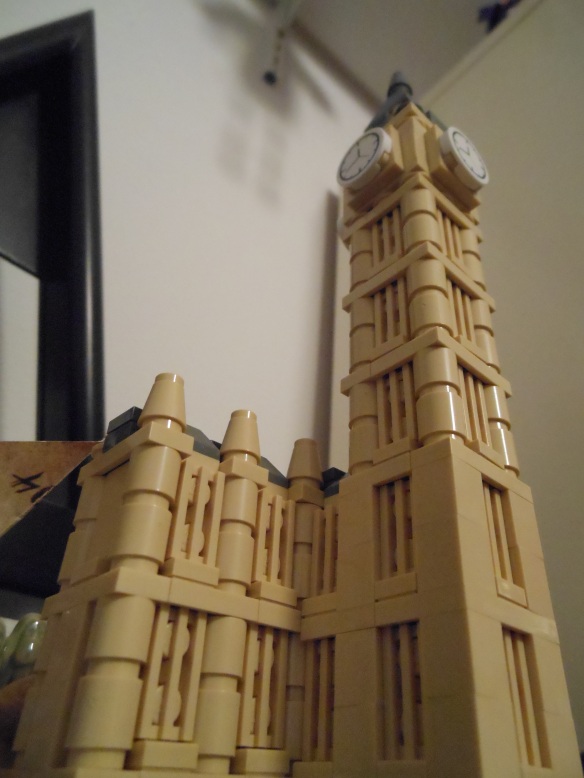 What do you do for fun?