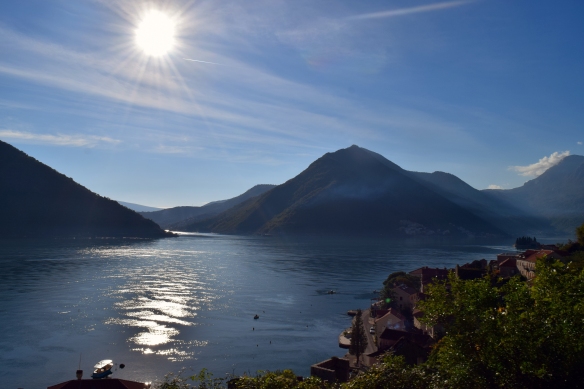 This week’s challenge is all about one love, so I thought I’d skip ahead of my writing and share a photo that best portrays my love of travel. This is the Bay of Kotor, Montenegro. It’s easily one of the most serene and peaceful places I’ve ever visited; its raw beauty hasn’t been spoiled by tourism yet. In geographical terms, this was the furthest I’ve ever been from home (even more so than Hong Kong), and I loved every moment of it. Exploring the world, learning new things and cultures, seeing faraway shores, finding places that are more beautiful than you thought possible… all with the wind and sun at your back. A larger version is viewable here.

This week’s challenge calls for serenity, and it reminded me of a shot I took during a morning walk at the Kona Coast Resort in Hawaii.

Hey, folks. Today’s Daily Prompt is all about legacy. As in, the lasting effect you have on the world. The funny thing about building a legacy is that – much like any goal or ambition – it changes over time. My overall goal has always been to change the world in a  drastic, all-encompassing way. But the details and methods used to reach it are…muddled. Not many years ago, I would have taken the most direct route and opted for warfare. I grew up reading about the lives of guys like Alexander The Great, Genghis Khan, Napoleon, and the impact they had on the development of human civilization. Let’s face it: A lot of humanity’s technological developments were the result of some kind of conflict. The borders and countries we have today aren’t the result of just treaties and negotiations; wars were fought and countless lives were lost in the process. You think 21st century protests are bad? Try reading up on the French Revolution; those people changed things the hard, bloody way. Game of Thrones has nothing on what went down in medieval times. The development of the computer and literally every electronic device you’re using right now? You can thank Alan Turing for laying the groundwork, and for his efforts during World War II. NASA and moon landing? We got there based on rocket technology from the aforementioned conflict, and as the result of a little thing called the Cold War.

So yeah, warfare is kind of important.

It took me years to realize that it wasn’t worth it, though. It’s too messy, complicated, and utterly devastating. I love strategy and the thrill of competition, but taking over a country – let alone the entire world – would be a huge moral and logistical nightmare. I used to justify it by saying that, while the actions and decisions taken were horrifying, at least the people who made them would be remembered. Incredibly shortsighted and selfish, I know. But if I’m going down in history, I’d rather it be for doing something huge and worthwhile without violence. I wish I could be one of those old-time explorers who ventured into the unmapped jungles and islands, or climbed mountains just because they were there. Someone like Edmund Hillary, for example. I’d like to discover some new species, map out the ocean floor, or perhaps develop a new kind of synthetic material. Maybe invent something important, like an engine that doesn’t run on fossil fuels, or a seismometer that provides more of a warning time. I’d want to retire in a nice, secluded house with a massive library, where students and weary travelers could come seeking stories and insight. I want to be remembered for doing something that could change everything, and doing so in a constructive, positive way.

If I can’t accomplish that, then I’d at least want to be cherished as a famous author. Wishful thinking, isn’t it?